From swimming against the tide… to going with the flow. 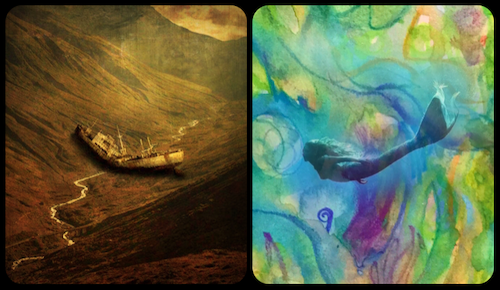 The last two months have been a struggle. I’ve been traveling and trying to write and promote my latest Creative Club offering, Bodies of Water.

The metaphor of water has been so helpful to me in understanding what has been going on. I was in Spain and trying to find ways to reach people, to share my genuine passion and continued amazement about working creatively and the gifts it brings.

I asked for help from the ‘big girls’ in business and religiously followed their advice. Nada. I bravely continued but felt a constant drain of energy, focus and self belief. I was not unaware of the irony that the place where we were staying was struck by a terrible drought. The house we’d booked had a pool which I’d been fantasising about for ages. It did have a pool, but there was no water in it. 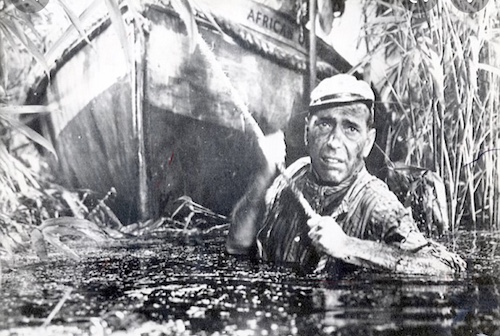 On I laboured feeling more and more dry and brittle, though occasionally watered by tears. If I could just hold out a bit longer… An image that stayed with me was of a scene in the African Queen. Humphrey Bogart is towing the grounded boat through vile, leech infested water. He’s exhausted but keeps on. Eventually he gives up and the camera pans up to show they are just yards away from the sea… if only he’d kept going just a little further.

Eventually though I had to make a tough choice. It was really harming my self esteem and I was caught in a whirlpool of doubt. Trying to stay afloat but kept swallowing mouthfuls of my old demon the critic – “who do you think you are anyway, no one wants what you have to offer, everyone else is so much more successful than you…” and other horrible messages. 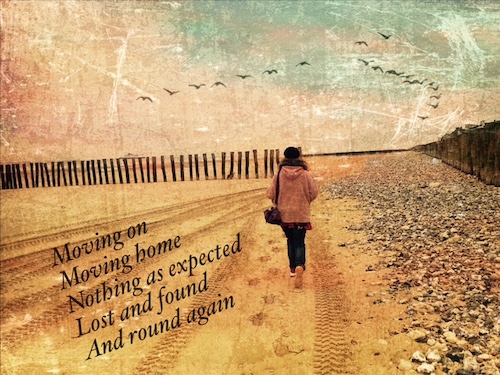 I chose not to do this to myself, I chose not to struggle against the tide but to turn on my back and float. It’s a brave thing, a surrender. I really didn’t know if I’d end up broken on the rocks or float merrily downstream.

Cut to the present and the course I thought was washed up is now happily afloat with some lovely new participants and trusted loyal ones.

There’s still room on the voyage for you though!

We begin on the 29th, and it’s all about, you guessed it… water.